Want to find me.. I will be at the bar with a glass in my hand, but not eating the nuts... bar nuts are sort of scary.

Ok... so it has come to my attention that LOADS of people are still clicking onto this blogger blog - when we all know that the action is taking place over on the other side of town. All the fun, the free valet parking... I will even get one of the kids to give your windscreen a clean.

This week only we have free cordial with a bendy straw!!! So what are you waiting for???

Come play on the wild side:

http://lulusbay.wordpress.com
If you don't hurry up, we are going to start taking names and there will be detention. And yes, you WILL have to sit next to that kid that smell's like that musty drawer in the bedroom at your nanna's house.
at 6:48 AM

Did I mention I was in Paris last week?

Go here for all the fabulosity:

PS Time to update your subscription, poppets… I know, I know, you hate change – but believe me – change is good – chocolate is also good… and wine too… and Italian leather boots – and cashmere….also partial to the odd lobster feast….mmmm warm donuts…

I am just going to do it. Have patience with me. It will be a study in patience. For a clever chick, I can be extremely thick when it comes to new playgrounds -- so glad they phased out the VCR... seriously, did ANYONE -- EVER --- learn how to program the VCR? Not this little brown duck - I tell you.

If you are looking for me - I will be at the bar, drink in hand, but not eating the bar nuts... they are scary.

http://lulusbay.wordpress.com
hmmm... just a thought... what if nobody turns up??? does this mean that I have actually been typing to myself all these years? Could that be true? Nah... surely not... no.. hmmmm...besides.. I am offering free food.
at 9:59 AM

I was out the door, I tell ya!

How freaky is that!!! I spent the best part of the day sorting out my life over at WordPress - post over here at Blogger - only to discover that after all the tears, the tantrums and the trama - the damn comments are back!!

Have I fallen into some weird matrix, is somebody playing mind games with me?

Changed out Blogger comments for Disqus – but everyone complained it was too slow to load.

Put Disqus back on – Then it was loading TWICE.

Removed Disqus again and spent the better part of a day trying to repair blogger… nothing, nada, zip.

So now I have tried IntenseDebate. If this doesn’t work – I am giving up and moving the blog someplace else… typepad I think.

I am running away and heading south for the weekend.  Miss Eight and I are going on a road trip.  Of course, this morning I woke up and the weather has gone from dry and blue skies to rain, ice, gray… and apparently snow down south. 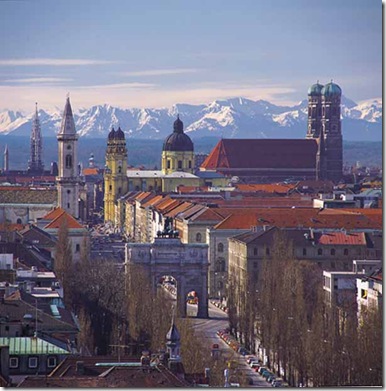 Think I will go and hang out with Frau Beimer, she will make me a nice fried egg.

Have a good one – want me to bring back a souvenir?

I don’t know what got into me… really.  It was like I was possessed by a mad woman – nope, just looked in the mirror – that mad woman is me.

He got it.  But the look on his face showed that he was not happy.  The ultimate crap customer, the ones that take all the fun out of his job.  I saw him size me up and find me wanting.

But who was he to talk, I ask you.  Get this picture:

Metrosexual male, complete with at least an hour of hair styling in the morning.  Oddly complicated facial hair – seemingly shaved by Picasso.  A large thumb ring, a brown three-piece suit with coordinating shirt.  Flashing bright blue eyes.  There was no doubting he thought himself a pretty hot bit of stuff.

When he realised I was never going to fall for his charms, he resentfully pulled out the cheap & nasty phone and requested my credentials.

“Oh, an Australian passport – I have never seen one of those before.”  Sure… everybody says that.  “How long have you been in Germany?

I mumble something along the lines of a year or so.

“But your German is so perfect!”

“Yeah, well it is an easy language, I picked it up on a weekend course.”  He was too afraid to ask if I was kidding. 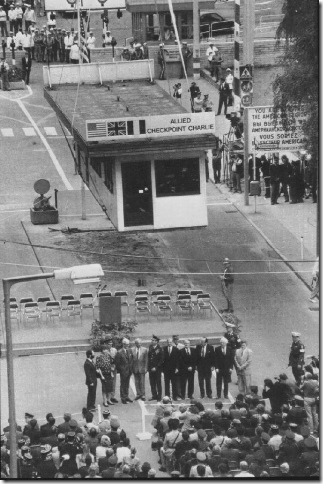 “I could have had an American passport..”  he boasted.

Oh yeah.. like how? Was your father born in America?

“Well not exactly…”  he is shuffling a bit, and I have the feeling I had just asked him if he had changed his underwear that day.

“He was born in a country at the same time America was retreating.”  His exact words (translated of course)

Hmmm… let me think about that for a minute…where could your father have been born?  Berlin perhaps?

I decided not to torture the poor guy any further… bid him a ‘good day’, snapped up my phone and left, mouth agape, dazed and confused.

No fancy blue passport for you my friend!

Please use in a sentence…

Journalists are slaves to fashion.  I mean it.  Every now and again they find a word that seems to set the tone for the world around them and before you know, they are all using it.

This week, the word is --- oligarch

Everywhere a I go, every paper I read, there is an article using this word.  Up until today, I thought it meant this:

“Rich Russians that made a bucket load of money in the collapse of Communism, thus allowing them to now buy up all the Louis Vuitton on the entire planet.”

They need all those bags, for when they take over every resort town known to man kind, accompanied by *wink wink* Supermodels wearing mink coats over their bikinis.

Apparently oligarch can be used in other forms, as referring to a business tycoon, but in my mind it is set. 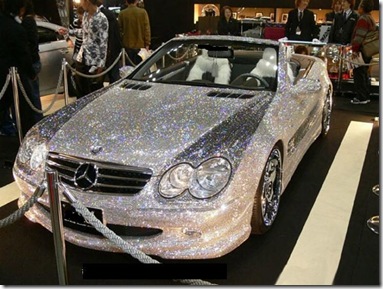 This morning I was wondering how I could fit it into casual conversation – you know, Word of The Week style, like in the 5th grade:

“Oh hi!, how have you been?  I see you have an oligarch in your pocket.”  Nah… that won’t work

“Have you met my fiancé?  He is an oligarch.” (Only if he intends to keep his future mother-in-law in a way she could easily become accustomed to!)

At the hairdressers -- “Could you please give me a oligarch do?”

Come on, help me out here!  When was the last time you used oligarch in a sentence?  And seriously, does ANYONE really know how to pronounce this word?  I know how it sounds in my head, but then I was 37 before I realised there was a difference between the pronunciation of the words TOMB & TOME…

Go On! Leave a comment. It will make me happier than you know.

When you want something, the Universe conspires to help you realize your desire.

Other people with a lot to say

Other places to hang out...